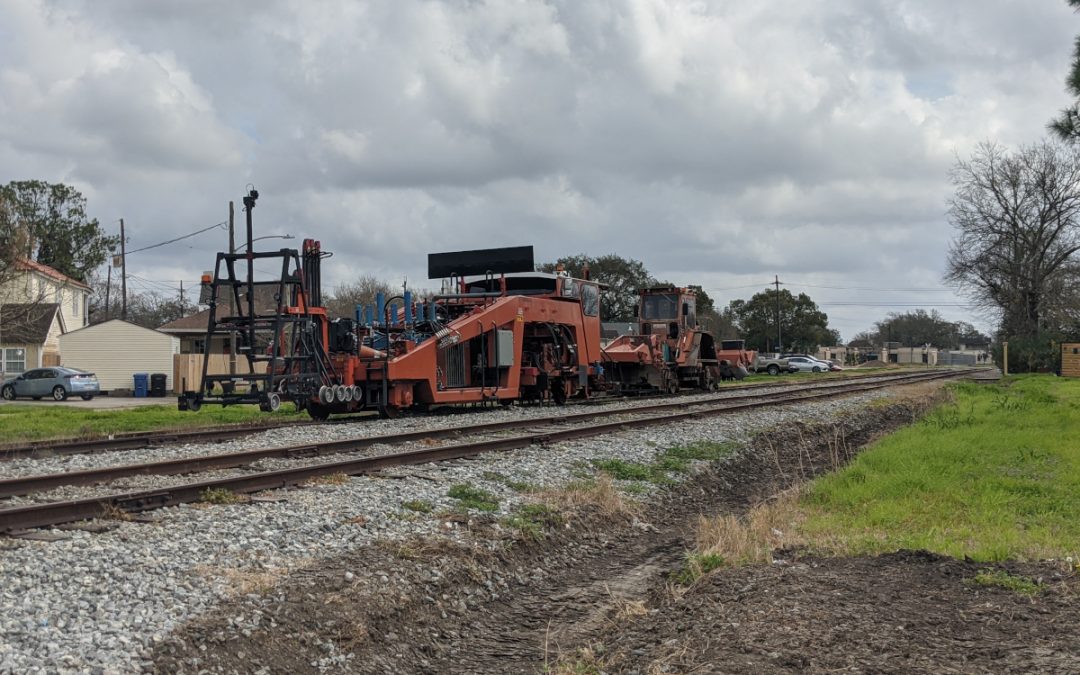 Maintenance-Of-Way (MOW) equipment seen recently on the Norfolk Southern “Back Belt.” This equipment does crack clearing and ballast balancing.

One of my regular train-watching spots is at the Canal Boulevard underpass on the Norfolk Southern “Back Belt.” The PJ’s Coffee at 5555 Canal has some of the best baristas in the city. I sit out at the end table on the patio, which is wonderfully socially distant. Additionally, that corner offers a great view of the underpass. 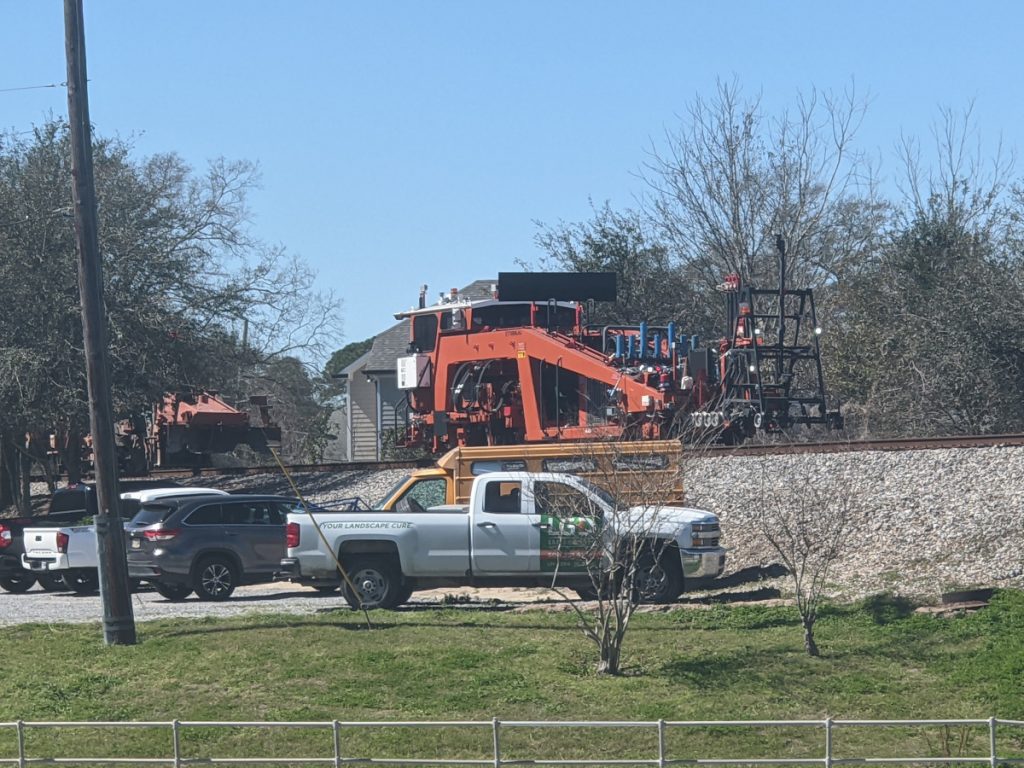 So, if the “Public Belt” is the “front” set of tracks, the Norfolk Southern cross-town tracks are in the “back.” The Back Belt links yards in the West with the NS Gentilly Yard and the CSX yard in New Orleans East. Additionally, westbound trains travel along the Back Belt to the “five mile bridge” over Lake Pontchartrain. 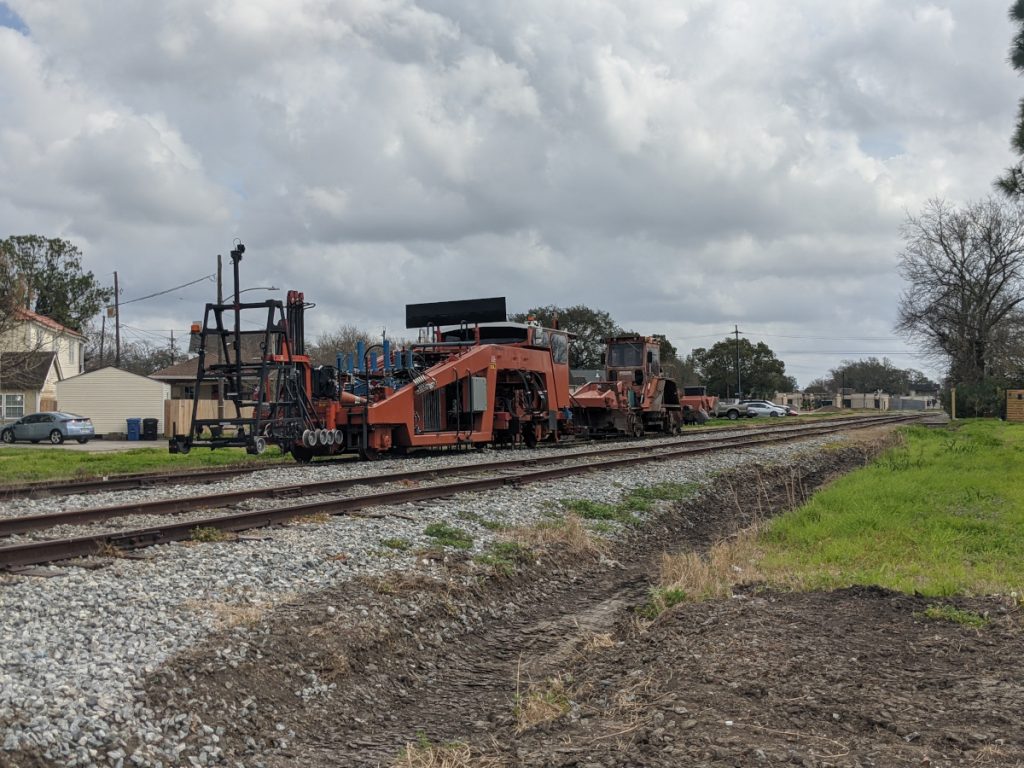 So, these two MOW vehicles pop up, heading eastbound at Canal Boulevard. They get to the western side of the underpass and stop. I took one photo, expecting them to continue eastbound. But like a raccoon in an overturned trashcan, they backed up, heading out of sight. Oh well, I got the one photo.

Fast forward two weeks later, the same thing happens! I managed to get another photo. A few days later, I spotted the same vehicles at the mouth of the old Bernadotte Street Yard, further down on Canal Boulevard. The Bernadotte Yard connected to the Back Belt behind Greenwood Cemetery. The original plan was to build a wye here, but it ended up being only two of the three sides. Still, the MOW vehicles could park on the old yard entrance track. They curved up onto the eastbound Back Belt. From there, they switch from the wye curve and head West.