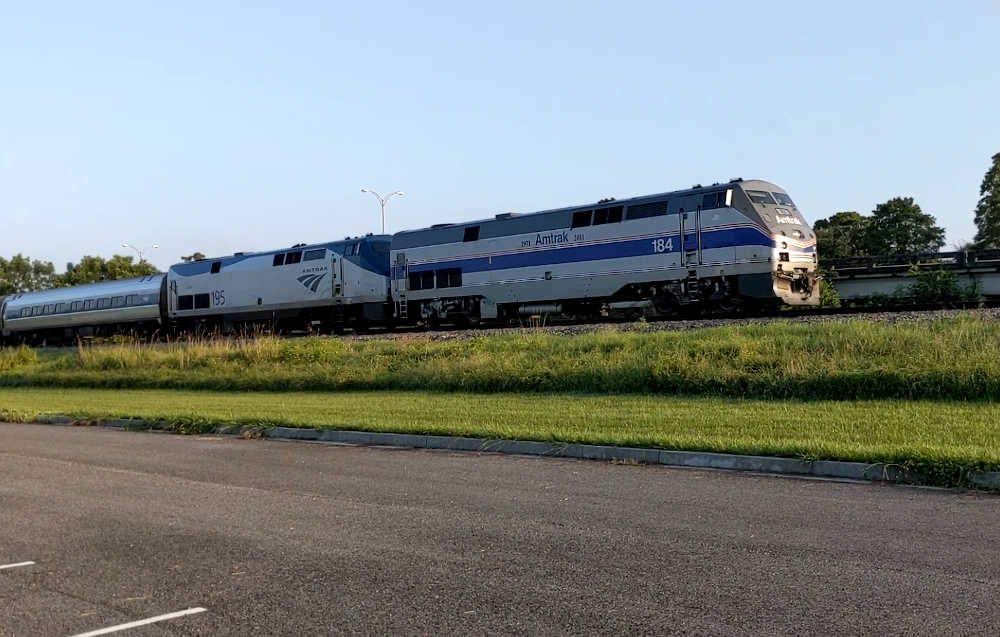 A Heritage engine pulled the Crescent out of New Orleans (NOL) this morning (3-August). It’s been a while since one of the Heritage units led the long-haul route. The video is a bit short. I didn’t plan on recording the train this morning, but then I saw 184.

Status of the Crescent

Amtrak moves a lot of equipment through New Orleans. So, with the schedule chaos since the appearance of the novel coronavirus, trains run non-standard. In early April, the Crescent’s consist was down to:

The Crescent (Northbound #20) now runs three coaches and two sleepers. The diner car is gone for the foreseeable future, possibly permanently. The railroad set up remote ordering for food, via a phone app. Riders order from their seat/roomette/bedroom. When food is ready, the app notifies the rider. They return to their seat to eat.

In 2011, Amtrak painted several P42DC engines in earlier liveries. These “Heritage” units still bear those colors. I can’t remember when AMTK 184 pulled the Crescent. Usually, the special-livery engines we see out of NOL are 130 (Phase II), and the 42, in the “Veterans” livery.